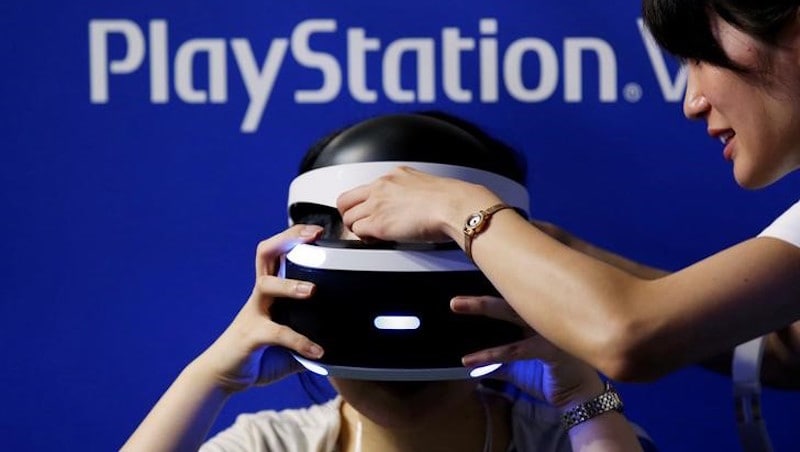 When the PlayStation VR goes on sale Thursday, it won’t just be a test for Sony. As the first high-end virtual-reality headset aimed at the mass market, the gadget will also offer the first hint as to whether the technology can become a mainstream product.

For about $500 (roughly Rs. 33,500), consumers won’t be getting newer features or better performance than pricier headsets being sold by Facebook and HTC. Sony is betting that it has a better package for mainstream consumers, given the ease of use and ability to tap into a gaming and entertainment ecosystem built by the PlayStation franchise over the past two decades. The device is Sony’s best prospect to remain on the cutting edge of technology after scaling back in phones, televisions and other businesses.

“The Sony release is the first real test of consumer VR,” said Dave Ranyard, a virtual-reality developer and former head of Sony’s London studio, which produced its main launch title PlayStation VR Worlds. “Nobody knows the rate of uptake, so this is the first significant indication.”The debut also represents a classic gaming-industry dilemma. Sony has to sell a lot of devices to attract talented game developers, gamers won’t buy new hardware unless there’s quality content. Sony hasn’t lined up enough must-have titles to kick off that virtuous cycle, according to Hideki Yasuda, an analyst at Ace Research Institute in Tokyo.

“If an amazing game comes out and makes everyone want to buy PSVR, the situation will be different, but for now we’re not seeing that,” Yasuda said.

With more than 40 million people already owning a PlayStation 4 console, the novelty of VR alone may be enough to attract a large number of early adopters. IHS Markit and Goldman Sachs Group Inc. predict more than 1.4 million unit sales by the end of this year, while Ranyard is more conservative, expecting about 1 million in the first 12 months.

“This is the biggest innovation since the arrival of TV,” Atsushi Morita, president of Sony Interactive Entertainment Japan Asia, said at a launch event in Tokyo.

Sony shares were up 1.4 percent at JPY 3,431 in early trading. The stock is up more than 14 percent this year, compared with a 13 percent decline in the Topix Index.

Another key metric to watch will be how many games each player buys for the PSVR, Raynard said. The device will generate $134 million in revenue for VR content makers this year, about twice the $69 million it expects from Facebook’s Oculus and HTC’s Vive headsets, IHS estimated. Still, that would represent just a fraction of the total market for games software sales.

Early reviews of the system have generally praised its design, affordability and comfort, but a common criticism has been the lack of compelling content. There are about 30 titles available at launch, which are little more than environments to explore, or short games. Sony acknowledges as much, saying what’s available for now are mostly brief experiences that showcase VR technology instead of those with hours of gameplay.

“The experiences we’re putting on offer are different from your 50-hour Metal Gear Solid experience,” said Shawn Layden, president of Sony Interactive Entertainment America, the unit overseeing the U.S. PlayStation game business. “You have a very intense 7 to 10 to 15 minutes of gameplay.”

“It will take a longer time to find those eureka moments – oh wow, this is so fun,” Tamaoki said in an interview. “I would expect a gradual start for now.”