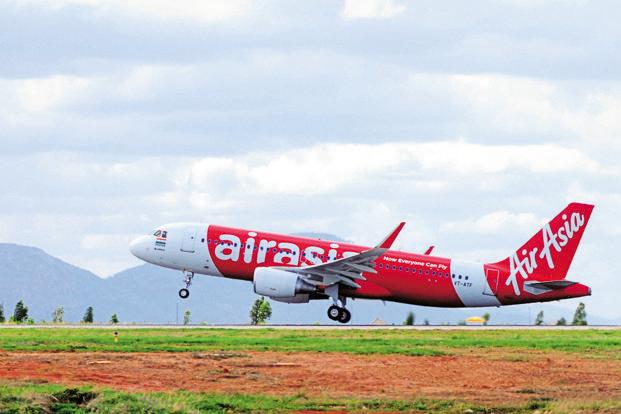 Mumbai: Losses at AirAsia India narrowed to Rs.25.65 crore in the December quarter from Rs.61.15 crore in the preceding three months on the back of an increase in average fares and ancillary revenue, the local unit of Malaysia’s AirAsia Bhd said on Friday.

AirAsia India recorded a 232% increase in revenue to Rs.208 crore and saw strong capacity growth of 133% year-on-year (YoY), AirAsia said in a statement.

“Our operations in India are geared to grow further after a year in service as we believe our low fares and excellent product appeals to travellers in India who remain underserved by air travel. Load factor improved to 84% amid heightened competition by other players while total passengers carried increased 134% YoY to 0.51 million passengers carried,” said Tony Fernandes, group chief executive officer at AirAsia Group Bhd.

Fernandes added that AirAsia India will witness a new phase of growth, work toward keeping costs under check and have an increased focus on ancillary revenue.

AirAsia India’s managing director and chief executive officer Mittu Chandilya isreported to have resigned early this month. AirAsia Group is yet to confirm the development.

AirAsia India started operations on 12 June 2014 with a single Airbus A320 aircraft. Since then it has grown its fleet to five and flies to 10 destinations in India. It has now carried more than a million passengers.

AirAsia India is yet to make profit. In October, Chandilya told Tata Review, the Tata group’s internal publication, that AirAsia India needs to have eight aircraft to be profitable.

Airlines in India are likely to face headwinds in profitability in 2016-17 in the face of rising risks from increasing capacity, pricing pressure and possible cost increases, according to a sector outlook statement released early this month by consultancy firm Capa India.

Though aviation firms will be largely profitable, the pressure on yields in 2016-17 is likely to impact profitability, the report added.