You are here: Home  /  NEWS  /  Who is Ayush Badoni? Here’s all you need to know about LSG’s young sensation
NEWS

Who is Ayush Badoni? Here’s all you need to know about LSG’s young sensation 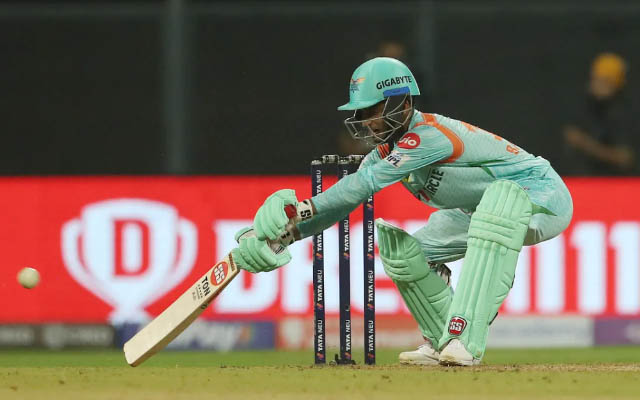 The IPL 2022 clash between the Gujarat Titans and the Lucknow Super Giants at Mumbai’s Wankhede Stadium on March 28 saw the senior pacer Mohammed Shami running through LSG’s top-order with the new ball in hand in the powerplay overs to leave them in a spot of bother. However, Lucknow also found an unlikely hero in Ayush Badoni who carried out the rescue act for the new entrants when it appeared that they would be dismissed cheaply.

Badoni played a tremendous innings under pressure as he propelled LSG to a fighting total of 158/6 from their 20 overs with a splendid knock of  54 runs off 41 deliveries at an impressive strike rate of 131.7 that included four fours and three sixes. The 22-year-old was involved in an 87-run stand with middle-order batter Deepak Hooda for the fifth wicket before being involved in a 40-run sixth-wicket stand with Krunal Pandya.

Here’s all you need to know about Ayush Badoni

This is Ayush Badoni’s first-ever IPL season. He has been roped in by LSG at his base price of INR 20 lakh. The youngster is relatively inexperienced as he has only played five T20s for Delhi ever since he made his debut during the 2020/21 Syed Mushtaq Ali Trophy in January 2021. The promising all-rounder can also bowl off-breaks.

Badoni played U19 cricket before making his domestic debut for Delhi and in fact, had grabbed headlines when he scored a blistering 52 runs from just 28 deliveries during India’s match against Sri Lanka at the U19 Asia Cup in 2018. The impactful knock had come during the final of the tournament which propelled India to a stiff total of 304/3 from their 50 overs which proved to be more than enough as the Boys in Blue went on to lift the trophy with an emphatic 144-run win.

Nonetheless, the youngster could not make it to the Indian squad for the ICC U19 World Cup 2020 which was played in South Africa where the Priyam Garg-led side finished as the finalists. With just 22 years of age and a long career ahead of him, Ayush Badoni would be hoping to make the most of his opportunities in IPL 2022 and look forward to being on the selectors’ radar in the coming years.