You are here: Home  /  NEWS  /  TM Krishna To Perform In Kerala University
NEWS 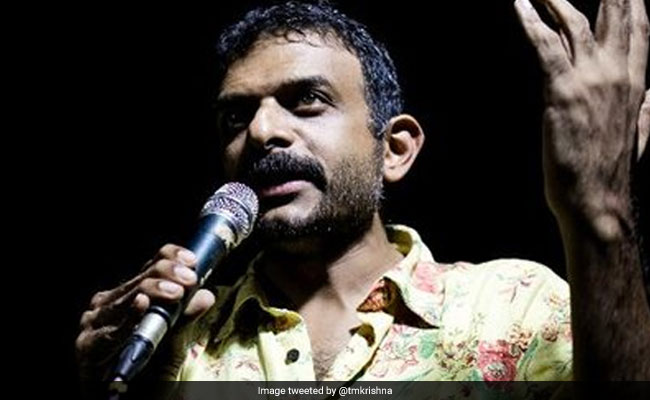 TM Krishna, renowned Carnatic singer and Magsasay Award winner, will perform here next month as part of a fundraiser for the flood affected people of the state. The event, jointly organised by Kerala University Teachers Organisation (KUTO), Kerala University Staff Union and UNISTAR, will be held in the Kerala University Senate Hall on December 15, 2018.

“KUTO has resolved to take part directly in the post-flood reconstruction activities and is in the process of building a house for selected flood victims,” says Dr Thajudeen A S, general secretary of KUTO said in a statement.

“We hold the event with dual aims, to raise funds and also to pledge solidarity with Sri T M Krishna in his efforts to take Carnatic music out of the religious walls,” he said.

The tickets for this concert will be available on BookMyShow portal from November 27, 2018.

Last week, Mr Krishna’s performance, which was “postponed” from the festival “Music in the Park”, finally entertained his fans in Delhi, a day after with help from the Aam Aadmi Party government.

The singer has been facing threats from right-wing elements on social media for his Carnatic compositions on Jesus Christ and Allah.

Speaking to NDTV before the Delhi event, TM Krishna said, “I have been trolled for a long time for my social position, my perspectives on politics in India and my disagreements with the BJP regime…I believe in every art form… Allah, Jesus and Ram make no difference…it is a multi-lingual and multi-religious country.”

In August, a fringe group in Tamil Nadu had threatened him for singing songs on Allah and Jesus in Carnatic. The controversy started after an audio clip reportedly of his songs was circulated on WhatsApp. The angry singer had tweeted “considering the vile comments and threats issued on social media regarding Karnatic compositions on Jesus, I announce here that I will be releasing one Karnatic song every month on Allah or Jesus.”