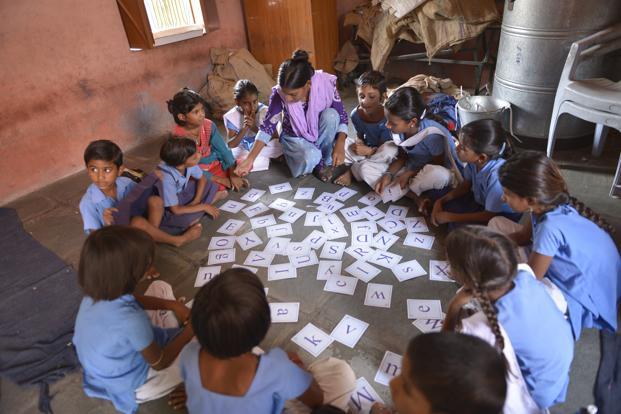 As part of the pending move, all education credentials of students from Class X onwards would be digitized and kept in a demat format. Photo: Priyanka Parashar/Mint

Of the allocation, the department of school education has been given Rs.43,554 crore. Higher education got a total outlay of Rs.28,840 crore.

In his budget speech, Jaitley said the government will strive to make 10 private and 10 public institutions become world class. This seems to be a departure from the current practice wherein private institutions, however credible they may be, have no access to government assistance.

As part of the pending move, all education credentials of students from Class X onwards would be digitized and kept in a demat format. If implemented soon after the budget announcement, it will cover 1.4 million schools, 45,000 colleges and 700 universities.

Sushma Paul Berlia, president of Apeejay Stya and Svran Group, a private education provider, said that though there are some good measures in the budget like a thrust to digital literacy and opening new Navodaya Vidyalayas, there is no clarity on 100% utilization of education cess.

“The long-pending demand of 6% GDP outlay for education sector has also not been considered,” said Berlia, who is also the chairperson, National Economic Affairs Council at industry lobby group Associated Chambers of Commerce and Industry.