You are here: Home  /  ALL DEALS  /  Ola to extend auto service to eight more cities
ALL DEALS 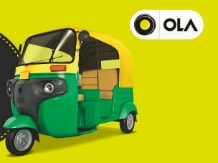 The Bengaluru-based taxi aggregator which is backed by Tiger Global, Softbank and Chinese taxi hailing service Didi Kuaidi is now planning to launch the service in eight more cities and add around 50,000 more drivers onto the platform over the next six months.

“We started with metro cities initially, understood the business and the partners including the driver communities. Given the experience we had, now we are taking it to more number of cities including many tier two cities,” said Nitesh Prakash, Senior Director for Operations at Ola.

Ola had launched its auto service in October 2014. Presently, Ola Auto service is available in 12 cities with around 80,000 drivers in the platform. The advantage for Ola, said Prakash is the deep understanding of the local market.

“Unlike the taxi platform, auto-rickshaw drivers are not that well conversant in English or even Hindi in many places. So, the app we have given to the drivers supports nine languages which makes it much more easier for them,” said Prakash.

Besides, most of the auto drivers, he said, want certain level of guarantee in their revenues and utilization. “We have now enough number of used cases wherein the drivers have seen around 40% increase in their monthly income after joining Ola Auto, he added.

Unlike taxi where Ola faces stiff competition from Uber, auto segment is largely unexplored by the taxi aggregation service providers. Few of the players who offered the services primarily focus on specific cities or region.

“This is just another way of solving the mobility problem which is universal whether it is a tier-I city or even a small city. We believe we have created the robust back-end for our taxi services which is equally applicable for the auto-rickshaw services as well,” he added.

Last week, Ola had extended its auto-rickshaw services to Mysore, Gurgaon and Noida.