You are here: Home  /  COMPUTERS  /  Why Quantum Computing’s Time Is Now
COMPUTERS

Why Quantum Computing’s Time Is Now 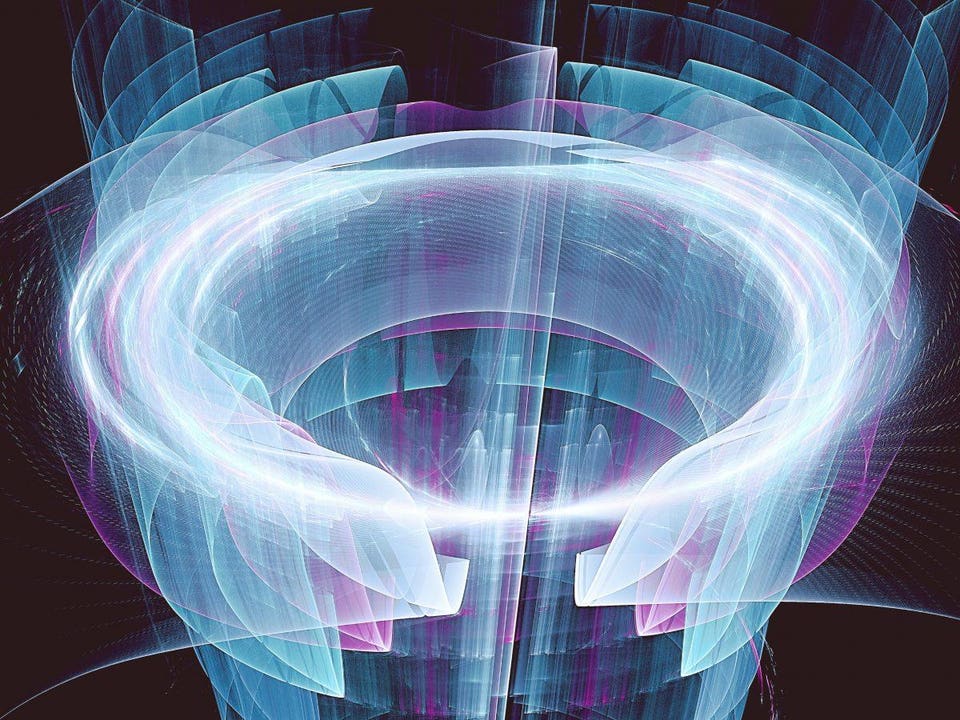 Most technologists have some basic understanding of quantum computing.  Quantum bits are represented by qubits, and information isn’t simply a zero or one, it can be both at the same time, representing much more information.  A quantum effect known as entanglement linking two particles allows instantaneous communication.

Ultimately, quantum computing promises to be a disruptive technology with such dramatic speed improvements that real tractable solutions to hard problems could be solved in hours and days. These same problems would take hundreds of years to solve on our best supercomputers, known as a classical computer, by brute-forcing their way searching through all possible solutions.

If usable quantum computing were accessible, the field of cryptography would dramatically change, encryption codes could be broken quickly and perhaps crushing Blockchain technology.  The fields of Chemistry, Medicine and Pharmacology would shift to the next level with this dramatic leap in computing power–perhaps providing real solutions to climate change, food production and drug discovery.

One of Albert Einstein’s most famous quotes is, “God does not play dice with the universe” summarizing his argument against Niels Bohr and his Copenhagen Interpretation of Quantum Mechanics.  Erwin Schrodinger developed a thought experiment known a Schrodinger’s Cat presenting a paradox of a cat being both alive and dead at the same, which appears so illogical it must serve as an argument against this Copenhagen Interpretation.

How could two particles be dependent on each other?  For Niels Bohr to be right, this seems to require what Einstein facetiously called “some spooky action at a distance.”

In 1964 Professor John Stewart Bell brilliantly came up with a way to decide who was right—Einstein or Bohr? Bell described a theorem that would prove at the fundamental quantum level, reality is truly unknowable. In quantum computing terms, we have a linear combination of states, often called a superpositions.

Bell’s theorem was used to demonstrate quantum entanglement where two or more particles in a quantum state are mutually dependent, even at extremely large distances.  Researchers at Berkeley in the 1970s were able to develop an experiment that Bell’s theorem and Niels Bohr’s “secret signaling” were correct.  This opened the door to thinking of computing in a new way—a quantum computing way.

Microsoft’s founder Bill Gates and current CEO Satya Nadella sat for an interview with the WSJ in late 2017 to discuss Quantum Computing.  Bill Gates mused, “I know a lot of physics and a lot of math. But the one place where they put up slides and it is hieroglyphics, it’s quantum.”  Then the WSJ turned to Satya Nadella and asked him if he could explain Quantum Computing, he responded, “I don’t think so.  I wish I could.”

So, if Albert Einstein and Bill Gates found difficulty in wrapping their heads around this topic why should your business adopt this technology?  The answer is…the tipping point is now.

D-Wave is a company headquartered in Vancouver, British Columbia that builds large quantum computers. D-Wave was born as an offshoot from University of British Columbia, among their Business and Physics Departments.  They have sold quantum computer systems to Lockheed Martin, Google, NASA, USC, Los Alamos National Laboratory, Oak Ridge National Laboratory and others.

Today D-wave’s 4th generation quantum computer uses quantum annealers, using the machine’s 128,000 superconducting Josephson junctions.  They run in a super cool (in both senses of the word) environment that is cooled to near absolute zero and boasts a system of 2,048 qubits.

In January 2019, IBM’s CEO Ginni Rometty delivered the keynote at CES 2019, where she announced IBM is offering an integrated quantum computing system for commercial use.  Their quantum computers are in upstate New York that make up part of their IBM Q System One.  Using their Q Network and Q Quantum Computational Center, developers can easily make use of their Qiskit to submit quantum programs.

If your company can’t afford to buy their own quantum computer from D-Wave or IBM, you will find it rather straight-forward and affordable to run your application on their cloud-based access.  Other major players are planning similar quantum cloud offerings.

Amazon recently announced in November 2018 the hiring of Simone Severini, professor of physics of information at University College London, as their AWS’ Director of Quantum Computing.  Severini and AWS’ Bill Vass proposed, “We envision quantum computing being widely accessible as an integral part of the AWS Cloud so that all of our customers can benefit from it.”

While Gates and Nadella were perplexed to define quantum computing to the WSJ reporter, they knew this is important for Microsoft and their customers. Microsoft’s Nadella added, “It’s a natural thing for us to be investing in [quantum computing] because we are one of the biggest spenders on cloud computing, and we think of this as our next-generation cloud.”

Microsoft has gone further by launching a programming language Q# (pronounced Q sharp) that can work with Visual Studio and run on your laptop.  It can provide an excellent tool for simulation of quantum algorithms and developing the software bridge between classical and quantum computing.

Clearly, new quantum hardware and cloud-platforms are becoming accessible now beyond the laboratory or high-cost infrastructure.  However, who will program these machines?  Workforce development is critical.  Software engineers, algorithm designers, data scientists, mathematicians and physicists are already in great demand.  University courses and company training for quantum computing needs to increase.

Some argue that, “Undergraduates cannot understand quantum computing.  It should only be at a graduate level, and maybe should be left to post-doctoral researchers.”  I disagree.

There are dozens of textbooks that cover an introduction of this topic. Michael Nielsen and Isaac Chuang authored Quantum Computation and Quantum Information back in 2000, which has been updated and is now in its third printing.  This text has been used for both graduate and undergraduate courses.

Universities such as MIT, Caltech, Berkeley and UT Austin all have graduate and undergraduate courses specifically on quantum computing.  While one can search to find locations where it is taught, it is not yet mainstream in computer science curricula.  When it is offered, it is often as a special topics course.  However, this is changing.

Krysta Svore, leads the Quantum – Redmond (QuArC) group at Microsoft Research.  She also teaches an undergraduate course entitled “Intro to Quantum Computing” at nearby University of Washington.  She shared with me this week that she even has freshmen successfully taking the course.

D-wave posted on Twitter on Feb 21st showing pictures of an amazing 11-year old boy who attended their quantum programming class and programmed in Python a quantum program to solve the MAX 2-SAT, a classic optimization problem.

Clearly undergraduates can handle at least an introductory course.  I would recommend a prerequisite course in linear algebra.  Demonstrated by recent workforce development initiatives, the government has recognized this need.  The National Science Foundation (NSF) has created grants to support universities to hire new faculty who specialize in quantum.

Even on the eve of the recent government shutdown and height of party disagreement, there was consensus on quantum computing.  The President signed into law the National Quantum Initiative Act (NQIA) December 21, 2018, which came after the bill was approved by unanimous consent in the Senate and by a vote of 348-11 in the House.

The NQIA authorizes $1.2 billion over five years for federal activities to increase investment in quantum information science, and specifically supporting the development of a quantum-smart workforce.  The law also establishes a National Quantum Coordination Office and creates an advisory committee to advise the White House on quantum computing.

To summarize, quantum computers exist, and access to them via the cloud is affordable, university- and industry-developed education is increasing, and government funding was approved to further research and focus on needed workforce development.

So, when you try to explain to your company why we should care about quantum computing, try quoting Max Plank, one of the rock stars of quantum physics, who said “When you change the way you look at things, the things you look at change.”