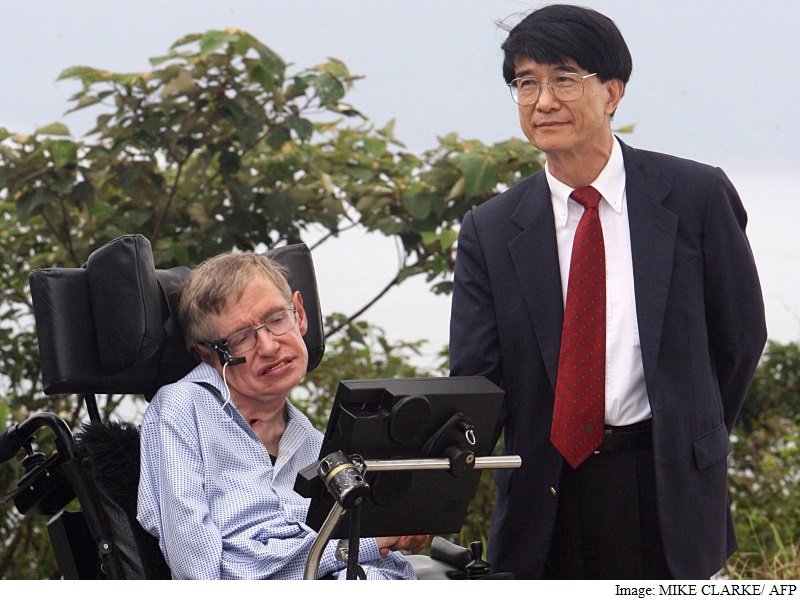 Renowned cosmologist Stephen Hawking entered the universe of Chinese social media with a big bang on Tuesday, with his first post to the country’s Twitter-like Weibo service garnering him more than a million followers the same day.

In less than five hours Hawking flew past Apple chief Tim Cook, who has around 820,000 fans after a nearly a year online.

“In my physical travels, I have only been able to touch the surface of your fascinating history and culture,” the Cambridge scientist said in his initial post, writing in both English and Chinese so as to avoid any information loss in translation.

“But now I can communicate with you through social media – and I hope to tell you more about my life and work through this page and also to learn from you in reply,” he added.

He also explained that he first visited China in 1985, traversing the country by train, and had last been in the capital in 2006 for a physics conference.

China holds scientific and intellectual achievement in high regard, and the hashtag #Hawking Opens a Weibo# was one of the top three topics, viewed more than 12 million times by the afternoon.

Authorities operate a system of strict online censorship that blocks numerous foreign websites and social networks such as Twitter, Instagram and Facebook, but Weibo users radiated welcome for Hawking’s arrival on the other side of the Great Firewall.

“This is a historical moment. I feel I’m connected with the universe”, wrote one commenter.

“My god – I’m communicating with Hawking, even if it’s just one-sided! This will be the conversation of the century,” exclaimed another.

But the most popular comment was a exhortation for users not to make China lose face in the presence of a man most lauded as a personal hero: “Please keep your comments classy, as every sentence will influence other people’s impressions of China.”